The BEST Network is a not-for profit network of universities developing and sharing technologies for image-based education and assessment.

Our vision is that every educator and every student, wherever they are, has access to the best image-based resources in biomedical and life sciences.

The BEST Network began as a government funded $4.5M project in 2012 to establish a network of leading biomedical schools and peak industry bodies set to revolutionise biomedical education by addressing a critical need in biomedical education world-wide: the need for easy sharing of knowledge, expertise and technologies.

The Network hosted a Community Summit in 2015, which brought together top healthcare professionals and experts from around Australia, all looking to advance healthcare education through collaboration and the use of innovative education technologies.

In 2017, the BEST Network was honoured to receive the BHERT Award for Outstanding Collaboration in Higher Education Training. The award recognised the collaboration fostered between Higher Education institutions and Smart Sparrow, along with its achievements in distributing education and skills training across numerous higher education institutions.

In late 2020, OpenLearning Limited was welcomed as the operating and technology partner of the BEST Network. OpenLearning plans to focus its efforts on expanding the capability of Slice to solidify its position as the world’s leading tool for teaching with biomedical images. 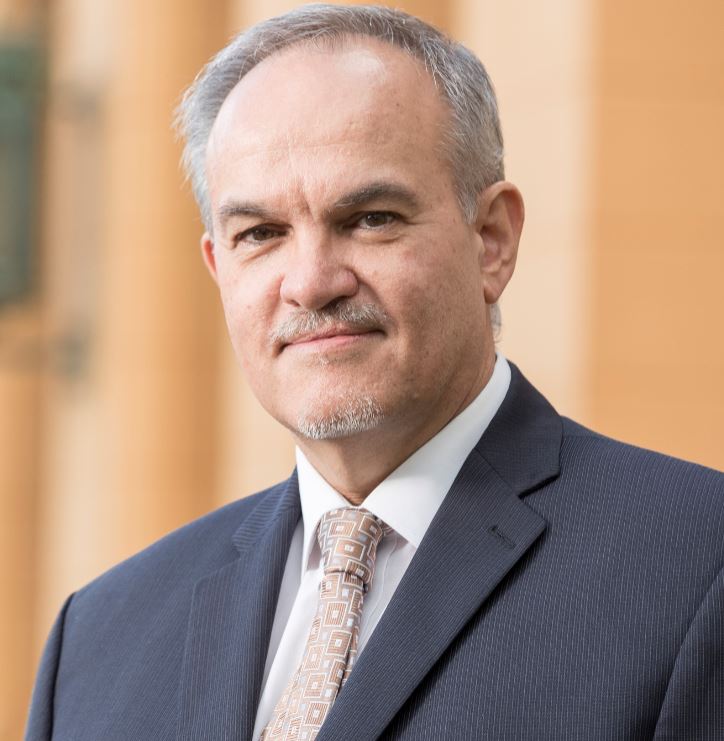 Nick is the Head of the BEST Network, a board member of NSW Health Pathology, and Emeritus Professor in the School of Medical Sciences at UNSW Sydney. Since 2013 he has worked with colleagues to envisage and realise the goals of the BEST Network as a not-for-profit academic collaboration that supports high quality online education in biomedicine.

Nick is a medical graduate and specialist in Anatomical Pathology. He was Director of the Office of Medical Education at the University of Queensland from 2016-2019, and Head of the School of Medical Sciences at UNSW Sydney from 2008-2015. He has a PhD in Pathology, a Master’s Degree in Higher Education, and 30 years of experience in the teaching of pathology to medicine and science undergraduates in Australia. 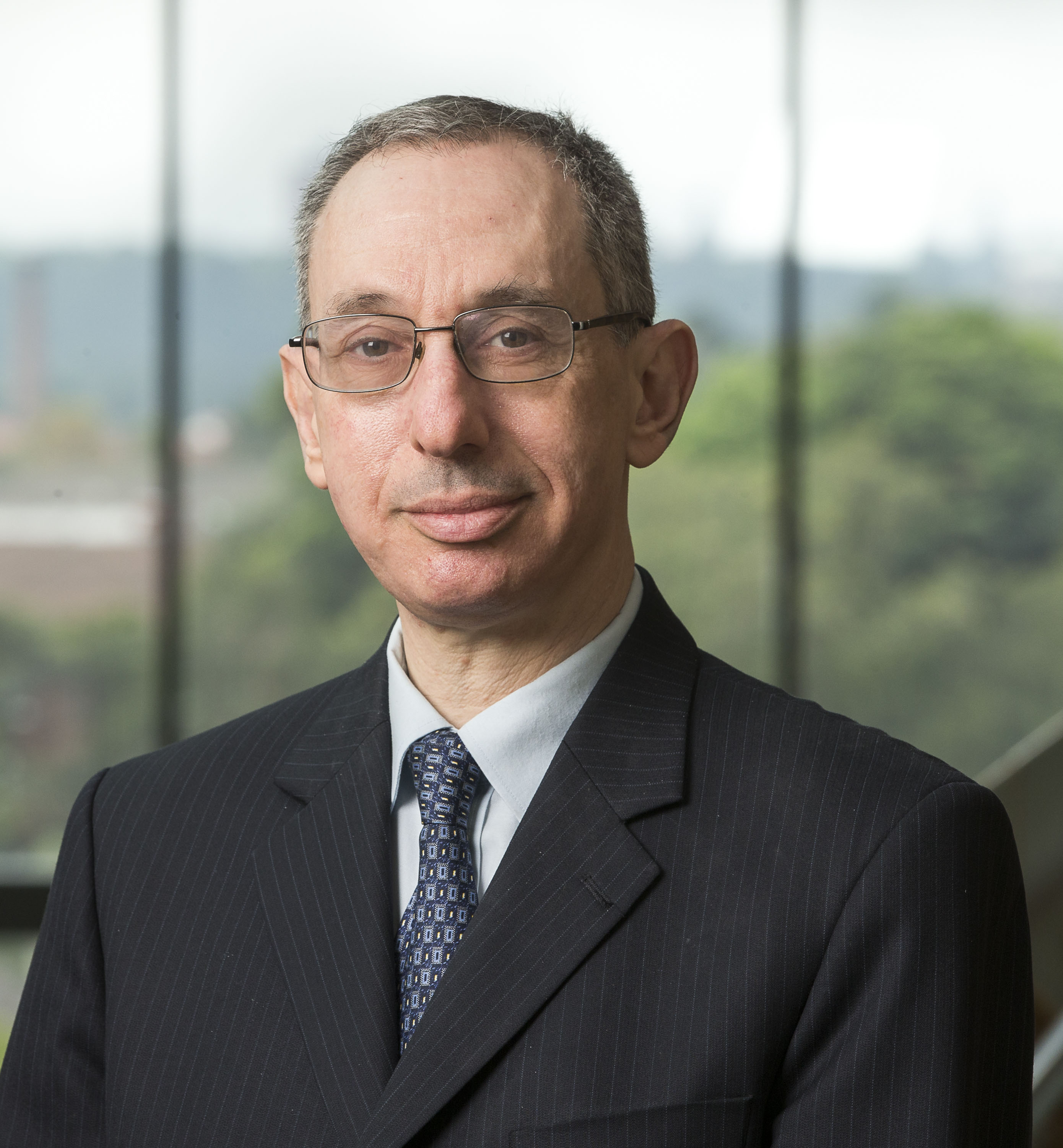 Professor Gary Velan is former Head of the Dept of Pathology (2005-2016) as well as Director of Learning and Teaching Development (2011-2018) within the School of Medical Sciences. He was appointed Associate Dean (Education) in Medicine in 2016 and Senior Vice Dean (Education) in 2018. Gary’s innovations in education include the introduction of online formative assessments to UNSW, as well as the development of virtual microscopy adaptive tutorials (VMATs). Those resources have resulted in improved learning outcomes for students in Medicine and Medical Science at UNSW and beyond.

Gary’s achievements in education have been recognised within UNSW by two Vice Chancellor's Awards for Teaching Excellence (2003 and 2009) and a Vice Chancellor's Award for Programs that Enhance Learning (2016), at a state level by a NSW Minister of Education's Quality Teaching Award (2003), and at a national level by a Citation for Outstanding Contributions to Student Learning (2007) and a Teaching Excellence Award (2010) from the Federal Government’s Office for Learning and Teaching. 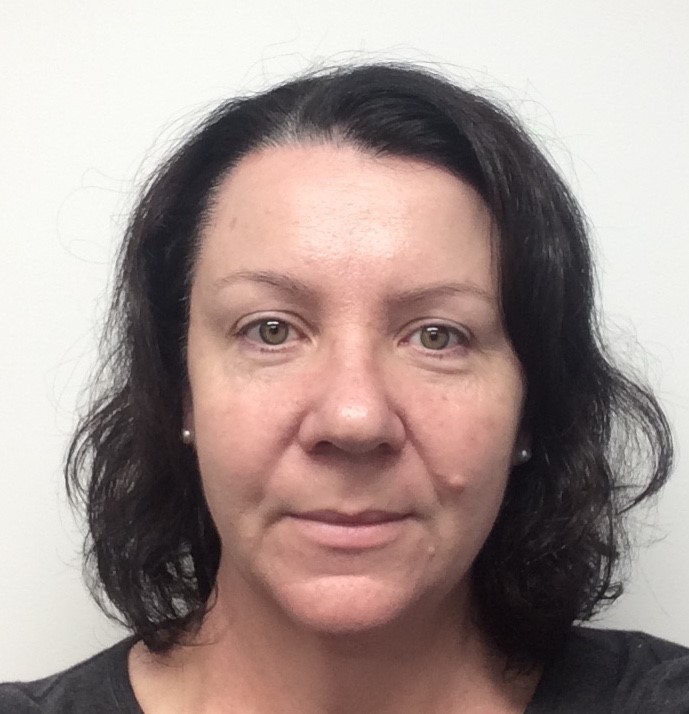 Claire is currently a Senior Lecturer in Anatomy in the School of Biomedical Sciences at the University of Queensland.

She completed her PhD in Biomedical Sciences in 2004, and a Graduate Certificate in Higher Education in 2005, both at the University of Queensland, and received a University Award for Excellence in Teaching in 2005. She has taught human anatomy in several institutions in both Australia and the United Kingdom over the past two decades, and is interested in online training and teaching in gross anatomy and histology. 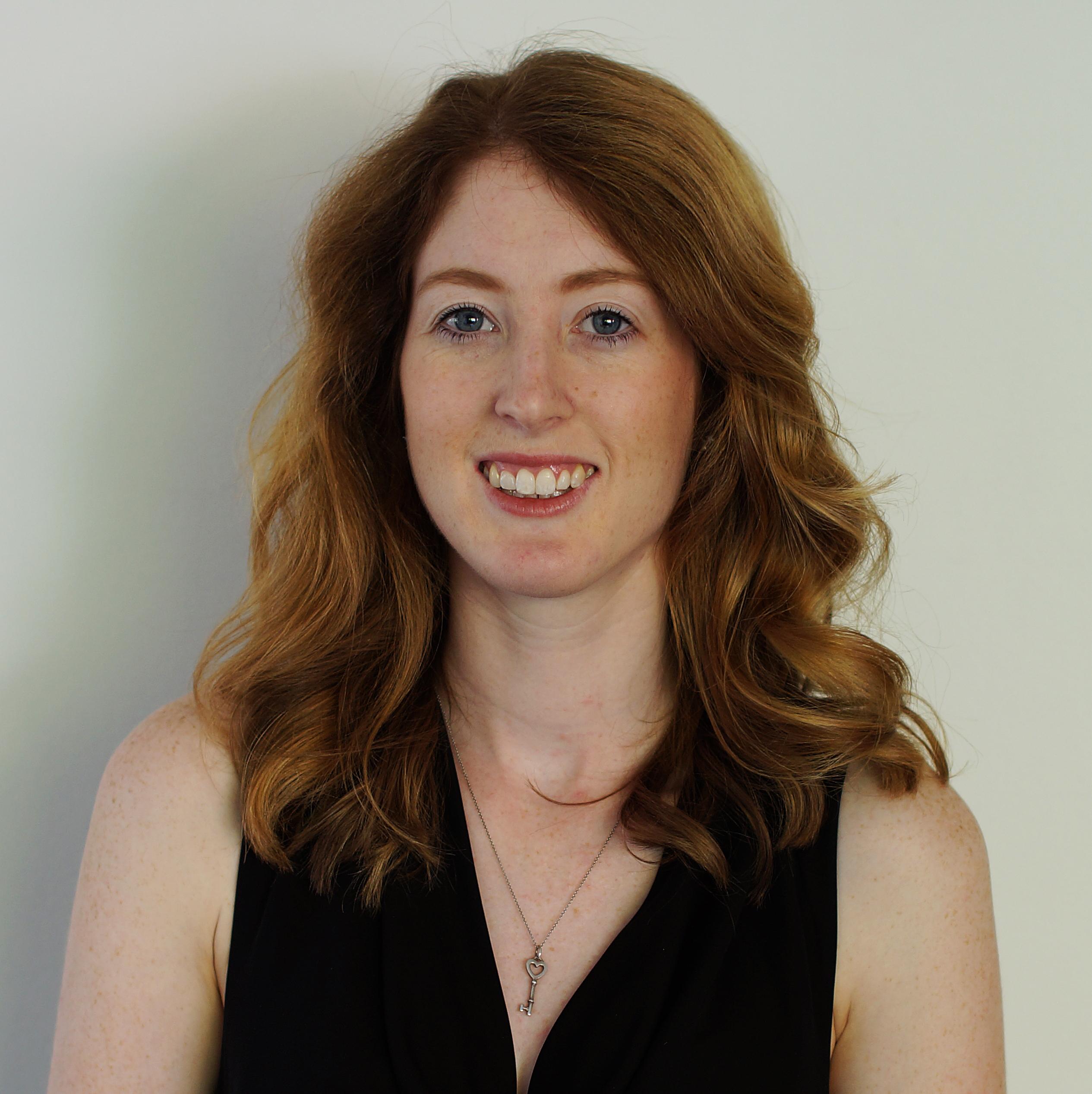 Stephanie is the manager of the BEST Network. As well as organising contributions to the Slice image bank, she plays a role in defining and testing Slice requirements and functionality, working closely with OpenLearning software engineers and project managers to relay the needs and requirements of academics.

Stephanie also works with academics at universities around the world to define how they might use digital images in tertiary education and assists in the preparation of grants for the network. Stephanie’s background is in immunology and molecular biology with a PhD from the University of Technology, Sydney in 2013, through which she also gained hands on project management experience.

Stephanie's achievements with the BEST Network have been recognised within UNSW by a Vice Chancellor's Award for Programs that Enhance Learning (2016). For the BEST Network Management Committee, Stephanie is responsible for organising meetings, preparing progress reports and the dissemination of results through social media and newsletters. 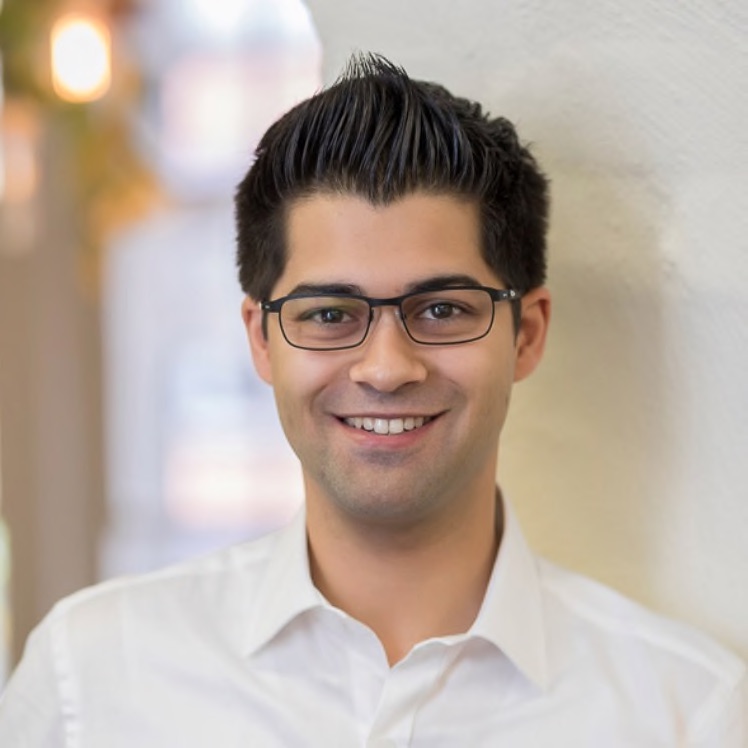 Adam is the Group CEO and a founder of OpenLearning Limited (ASX:OLL). Adam holds Bachelor of Engineering (Software) and Bachelor Arts (Politics) degrees from UNSW (University of New South Wales), is the 2011 Choice Magazine Consumer Activist of the Year and is a recipient of the 2011 UNSW Alumni Graduand Award. Adam completed his honours thesis at UNSW in partnership with National ICT Australia (NICTA).

Adam previously worked at Macquarie Bank as a Software Engineer in the Fixed Income, Currencies and Commodities Group and at Westpac Institutional Bank as a Senior Software Engineer. In 2010-2011, Adam led the successful Vodafail consumer activist campaign, which resulted in nationwide media coverage, an ACMA inquiry and a $1bn network upgrade for Vodafone’s Australian business.

In 2012, Adam joined world renowned UNSW Prof Richard Buckland and David Collien to found OpenLearning.com, a lifelong learning platform with over 2.6 million learners and 143 education providers. OpenLearning now employs 60 people and is headquartered in Sydney with its Southeast Asia head office in Kuala Lumpur. In recognition of the impact OpenLearning has had on the education sector in Asia, Adam was named one of the Forbes 30 under 30 Asia in the Consumer Technology category in early 2017.

The University of Auckland
Member since: June 2022

The University of Adelaide
Member since: November 2021

University of Melbourne
Member since: July 2012

Charles Sturt University
Member since: May 2015 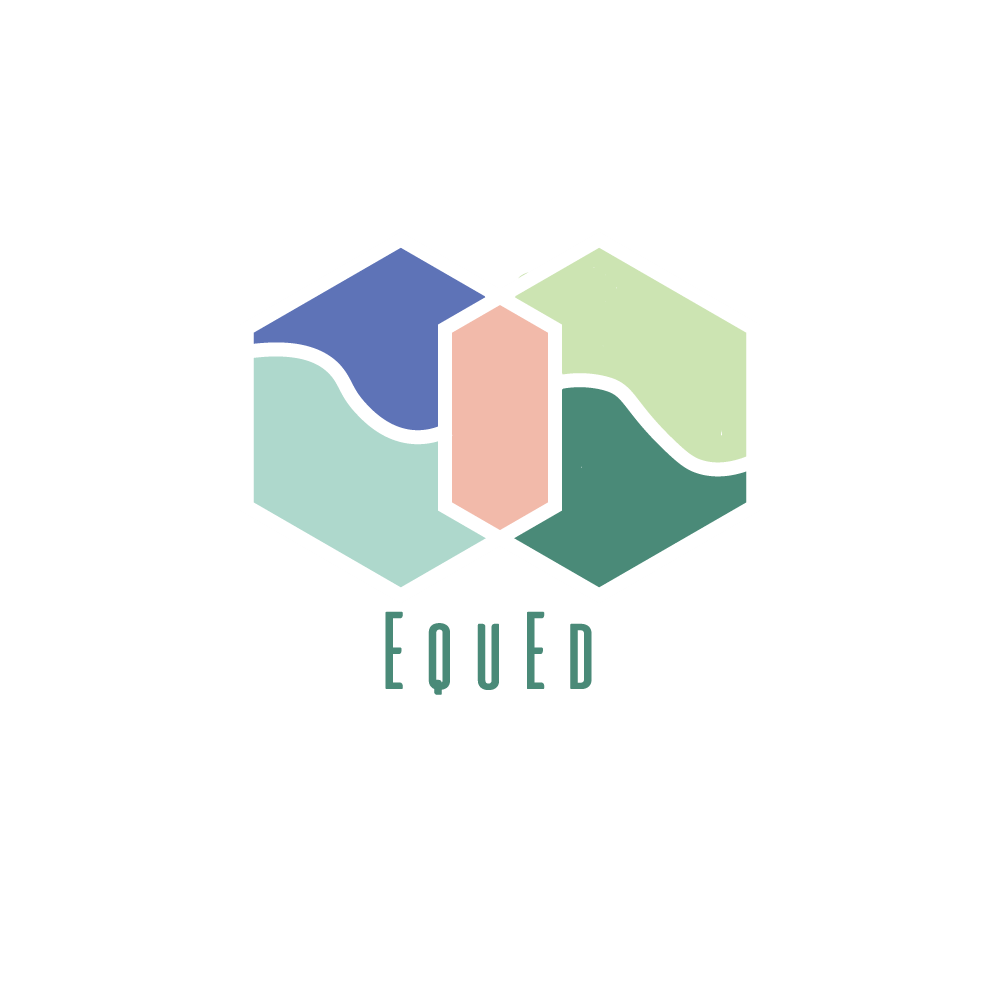